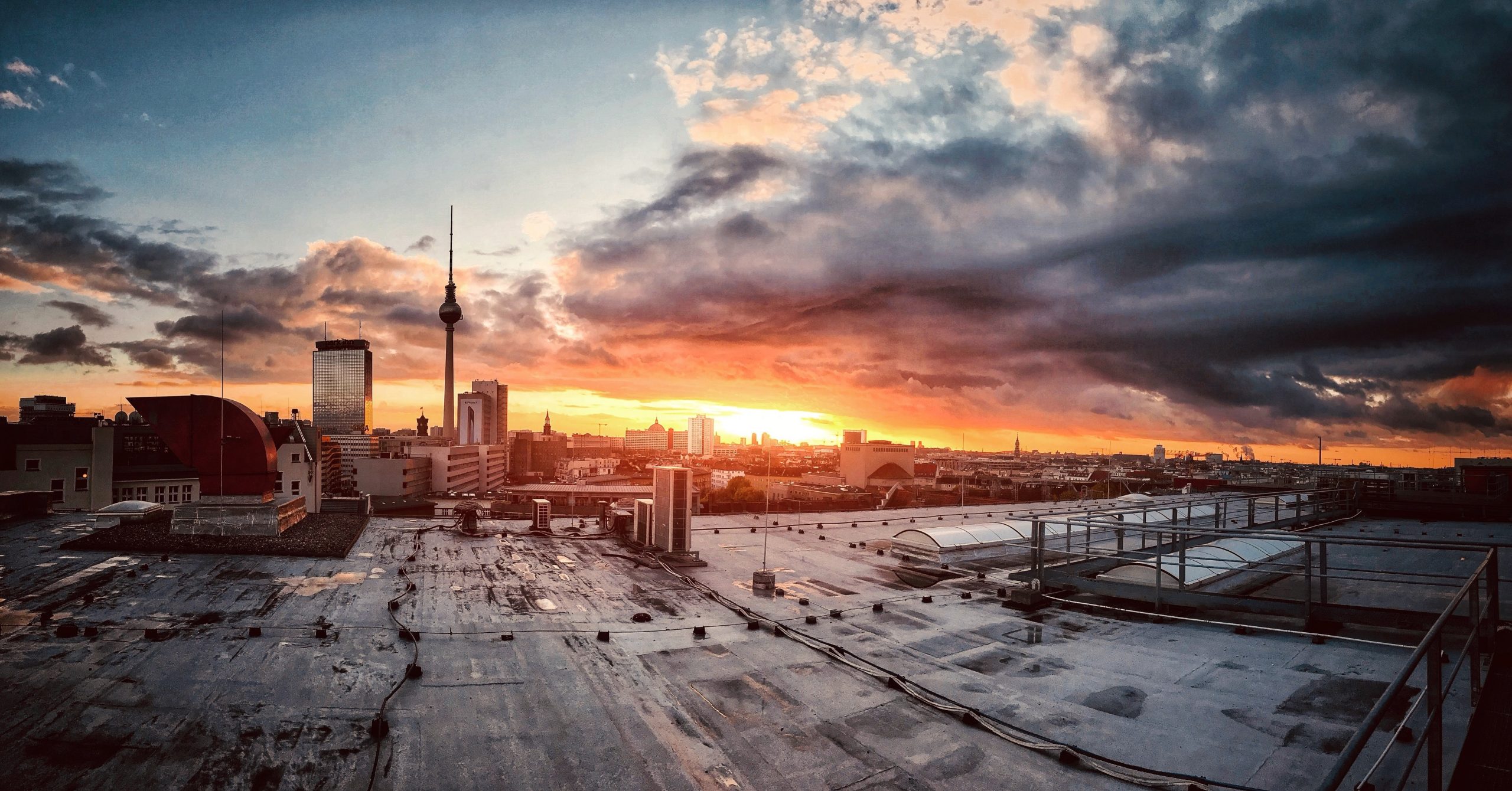 All the insights for your comfortable life

Student life in Germany is generally a blast. Almost all students settle into their communities and higher education institutions quickly and smoothly, without any complications. And when they do, they discover a wealth of food, festivals, sports, literature, music, and art.

Germany offers all of these things, and a lot more. It’s a country with a high standard of living, which at the same time offers for students an opportunity to live surprisingly cheaply. It’s a place where bureaucracy is ever-present, but actually quite simple when you master it. And it’s a place where the language seems strange and complex but becomes second nature in no time.

In this article, we’ll look at what life in Germany has to offer, focusing on tips for living, ways to enjoy German culture, practical solutions to save money, and various approaches to learning German language. Fitting in is easier than many people think, but let’s start with a few tips to make the transition as easy as possible.

10 Tips for Student Life in Germany

With 82.8 million inhabitants, Germany is Europe’s largest country, and it’s an intellectual and economic powerhouse. It keeps Central European Standard Time (GMT +1), uses the Euro as its currency, and has a GDP of around €46,500, making it the 4th richest country in the world per head of population.

The country has a Federal political system, with its capital in Berlin, where the legislature is divided into the Bundestag (the Parliament) and the Bundesrat (which represents the regions). The Bundestag chooses the Chancellor, who acts like a Prime Minister, while a President acts as Head of State, and is elected from a combination of the Bundesrat and Bundestag.

Germany’s economy is heavily based around high-tech manufacturing, with the automotive, aeronautics, medical, chemical, and construction industries all playing major roles. But finance and services are growing as well, with Frankfurt now being a global hub for investment.

Culture is hugely important to German identity and has multiple aspects. Let’s run through them.

Germany is a country that loves to celebrate. “Fasching” is Germany’s carnival and sees massive parades across the country (as well as innumerable smaller celebrations). Christmas is a huge event across Germany as well, bringing quaint markets and characteristic foods like stollen cake. In some cities such as Munich, Oktoberfest has become an annual site of pilgrimage for beer lovers with steins and bratwurst in abundance. While Hamburg celebrates its heritage as a port city once a year, it also hosts one of Germany’s oldest festivals three times a year, known as The Dom, lasting a month at a time.

Living well is important to Germans but in a certain way. German people love to work hard and remain productive, but they also take recreation seriously. For Germans, a weekend without outdoor activity is a wasted weekend, and the country’s forests, lakes, and mountains are popular destinations. Food and socializing all matter too – just as much as working 100% during the week.

Germany’s literary heroes are celebrated like gods. For instance, the playwright, poet, novelist, and scientist Johann Wolfgang von Goethe lends his name to the country’s cultural diplomacy. Heinrich Heine, Friedrich Schiller, Rainer Maria Rilke, Günter Grass, Thomas Mann, Bertolt Brecht, and Heinrich Boll are almost as venerated by one of the most literate nations on earth.

Germany without music is unimaginable, and we don’t just mean oompah bands. Richard Wagner may be the most famous German composer of all, and the performances at Bayreuth attract classical music lovers from across the world. But Johann Strauss, Johann Sebastian Bach, Brahms, Felix Mendelssohn, and Robert Schumann are just a few more world-famous melody makers that Germany produced.

German Expressionism revolutionized art in the 1900s, via groups like the Der Blaue Reiter. The Bauhaus movement did the same for architecture in the 1920s, birthing a global modernist style that helped to define the 20th century. And German creators have continued ever since, ensuring that the country is at the forefront of the visual arts.

German soccer is legendary, with the national team claiming the World Cup on four occasions, but sport in Germany goes beyond the soccer field. From tennis greats like Boris Becker to major champions like Martin Kaymer or Nils Langer, and motorsports icons like Michael Schumacher and Nico Rosberg, the nation’s sporting heroes are rightly known across the world.

Germany was once a religious battleground, as Catholics and Protestants fought for supremacy. Nowadays, tensions have eased, and the country celebrates its diversity – along with an endless succession of gorgeous churches and cathedrals. Christianity dominates, but Islam, Judaism, Hinduism, Buddhism, and Sikhism all have their place, along with plenty of non-believers.

Germans love their language, but it can be a little complex for outsiders when they first encounter it. German has four cases (the accusative, genitive, dative, and nominative), as well as three genders (neuter, male, and female). This trips up many English speakers, who are used to genderless grammar. There are also some letters and grammatical signs that only Germans use, such as ß (which functions like a sharpened “s” sound). A multitude of umlauts which make vowels much more flexible than in many other languages, while Germans also love to combine shorter words together, resulting in lengths that bemuse some newcomers.

All of this is easy to work around and master, but it makes German very different from the tongues that visitors are used to. And the grammatical nature of German also means that solely learning how to hear and converse is often not enough. You need to master the nuts and bolts of how the language is structured if you want to succeed. This makes German language courses more than just an enjoyable experience. They are often required for students to matriculate at German universities, and will usually repay any course fees several times over.

When learning German, set aside time to master the grammar, and keep talking to your German friends (don’t rely on English). Watch German films and TV, sing German soccer chants, learn the lyrics to German pop songs, and turn on German radio while you make breakfast. It all adds up to fluency in the end.

Germany isn’t the most expensive country in the world, but living costs can mount. On average, it is recommended to have at least €850 per month for living expenses – well below what would be needed in the UK or Scandinavian countries, but well above the amount, you would need in Poland, Spain, Italy, or Bulgaria. The amount of €850 per month is also reflected in the German blocked account which oftentimes is a visa requirement for students coming to Germany.

Costs vary in different parts of Germany as well. Wealthy western cities like Frankfurt, Munich, or Cologne will be more expensive than eastern cities like Leipzig, Dresden, or even the capital, Berlin. Smaller cities will usually be cheaper than in large metropolitan areas too. But what contributes to the cost of living in Germany? Here are some core aspects that are hard to avoid.

Almost everyone has to pay for accommodation, and it’s usually a significant chunk of student expenses. Universities may provide affordable rents in their own accommodation, but many students choose to rent privately. Rents vary from property to property, and in different locations.

German supermarkets offer affordable groceries for students, and with a bit of planning ahead, meal costs can be kept as low as €10 per day. Expect meals at cafes or restaurants to start at around €10-€15. As a student you can often get a yummy subsidized meal at the University’s Mensa. Overall, grocery costs tend to be low compared to other developed nations, including the USA.

While gasoline costs are relatively high compared to countries like the USA, getting around German cities generally isn’t that expensive. That’s because most cities have excellent public transit systems that are cheap to use – and even cheaper for students with a Semesterticket. Bikes will cost about €150, if you buy a second hand one, and offer an even more affordable (and eco-friendly) transportation option that’s very popular with students.

Everybody in Germany needs to take out health insurance, which has to be factored into monthly living costs. It is also essential for obtaining a visa. Fortunately, student plans shouldn’t add too much to the total. Monthly premiums for public providers like Techniker Krankenkasse will add up to around €100.

Almost all students rely on their smartphones to socialize, get around, book tickets, and make the most of their lives.  Students can take out contracts, or use prepaid SIMs (useful if you are bringing a phone from home). Contracts tend to last for 24-48 months, making short term solutions useful for many visitors. Prices vary by data and network, but a standard monthly rate for contracts would be around €25, while SIM-only plans would be about €13.

These are more relevant links for you: